As a 92-year-old Holocaust survivor and entrepreneur of her own tailor shop in Kansas, there is a lot to learn from her experiences. This documentary is aiming to bring inspiration through showing her hardships to people all over in an artistic and interview-centered display of film.

On the night of October 3rd, a large crowd of community- members including students, faculty, children, and elderly gathered in the Hickman Auditorium to hear Sonia tell her story. She began to explain her experiences in Poland during the 1930’s when her family was moved out of their home into the Ghetto organized by Russian, German, and Ukrainian troops. Her and her family were then moved via closed train cars to her first death camp. She was moved through two other concentration camps before liberation day.

The most powerful moment during her speech was hearing her explain how she saw her mother for the last time. Her mother was being taken into the gas chamber. Sonia proceeded to remind her audience that you must “Love and respect your parents always.”

Following liberation day, Sonia moved to the United States with a fellow survivor, her husband, John. They raised three children together in Kansas City. She also reminded the crowd that, “There is no love like the love your mother has and always will have for you.”She learned that fact from her own mother, and has worked hard to spread her love to her own children, and every person who has the privilege to hear her story. 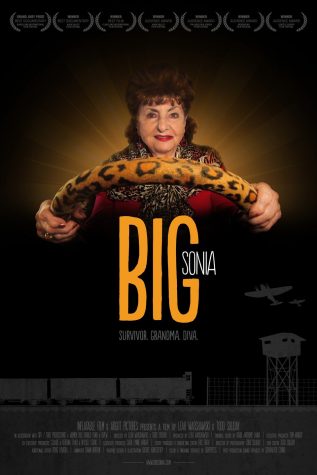