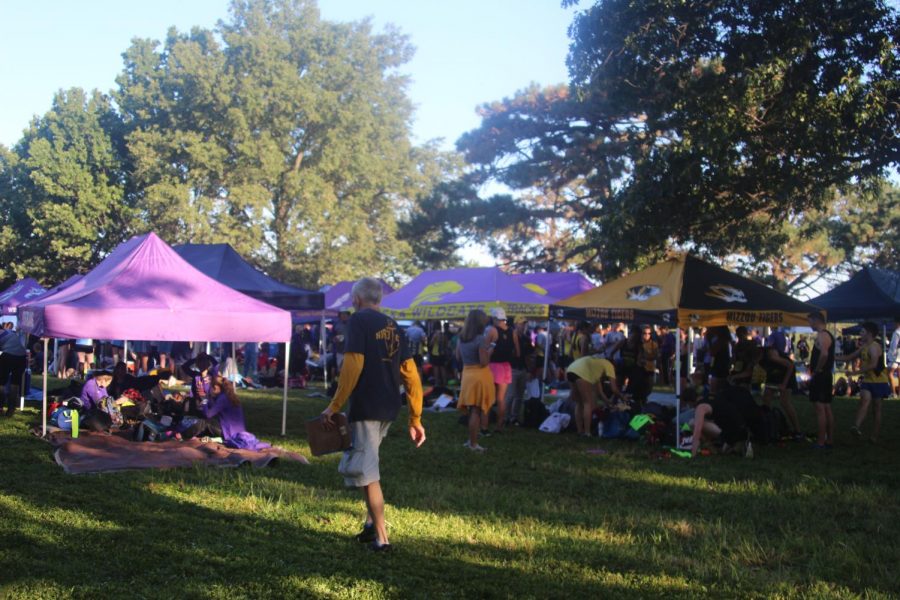 Hickman’s dedicated runners have to make sacrifices for their sport

After asking five athletes what the hardest thing about cross country was, it was clear there was a common theme throughout the answers. Addison Kliethermes said, “having to wake up at five a.m,” while her brother Riley agreed, saying, “waking up super early to run.” When Cassidy Lin was asked, she also said “waking up so early,” and Peri Welch emphasized that cross country is a lot of “waking up every morning and coming to practice even when you don’t feel like it.” With answers like that, it’s pretty safe to say that waking up at the crack of dawn is the most difficult thing about cross country.

The cross country team is up and at ‘em early to make it to school by six in the morning. While it’s not the most ideal morning routine for most high schoolers, around 50 students from Hickman are able to squeeze it into their busy schedules. Practices before school are beneficial because of the nice weather in the morning, not having to stay after school, and avoiding the busy rush hour traffic.

The team meets either at Stephens Lake Park, or at the high school. Practice consists of warm-ups, strength training, short distance, long distance, hills, and more , all of which prepares the team for their upcoming meets. Not only are practices early in the morning, but meets are as well. They are on Saturdays, and start from anywhere between seven to ten in the morning.

The team’s first meet was Saturday, September 7th in Liberty, Missouri, but in order to make it in time and still be able to get ready, the runners were instructed to show up at school no later than 4:50 in the morning.

Everyone agrees that hitting the snooze button is going to be the most tempting thing throughout the season, but nonetheless, Hickman runners will be making history in their meets this year– As hard as it may be, the early times have never stopped them before. Go Kewpies!